Should I move to Gig Harbor or Tacoma?

Are you wondering if you should move to Gig Harbor or Tacoma? Whether you’re a local or relocating to the Tacoma area for the first time- it’s a question we get a lot here. In this post we will help you decide by:

Should I move to Tacoma or Gig Harbor?

Each person is looking for something different in the place they call home. Since The Harbor and Tacoma are so different, once people have all the information it’s usually pretty easy for them to decide. We here at MovetoTacoma.com are VERY biased towards Tacoma (and have in fact never lived in The Harbor). What we love is talking with folks who’ve lived in both Gig Harbor AND Tacoma to get a feel for the strengths and weaknesses of each area. In this video we interviewed Erin Farquhar who grew up in Tacoma and now lives in Artondale.

Marguerite interviews Erin who is a real estate agent in Gig Harbor who grew up in Tacoma. Erin lives in Artondale in Gig Harbor, has her office in Old Town in Tacoma, and enjoys going to Tacoma for restaurants and fun. She gives her perspective on commuting, pros and cons, and what it realistically costs to live in different areas around Gig Harbor and Tacoma.

What are the differences between Tacoma and The Harbor?

Gig Harbor and Tacoma are are two cities that are very close together- but also very different. The two communities are separated by the Puget Sound and the Narrows Bridge. It takes about 20 minutes to drive from the Downtown Gig Harbor Waterfront to Downtown Tacoma. Gig Harbor is a small city with about 11,000 people, whereas Tacoma is a large city with more than 215,000 people.

What are the homes and neighborhoods like in Gig Harbor and Tacoma? 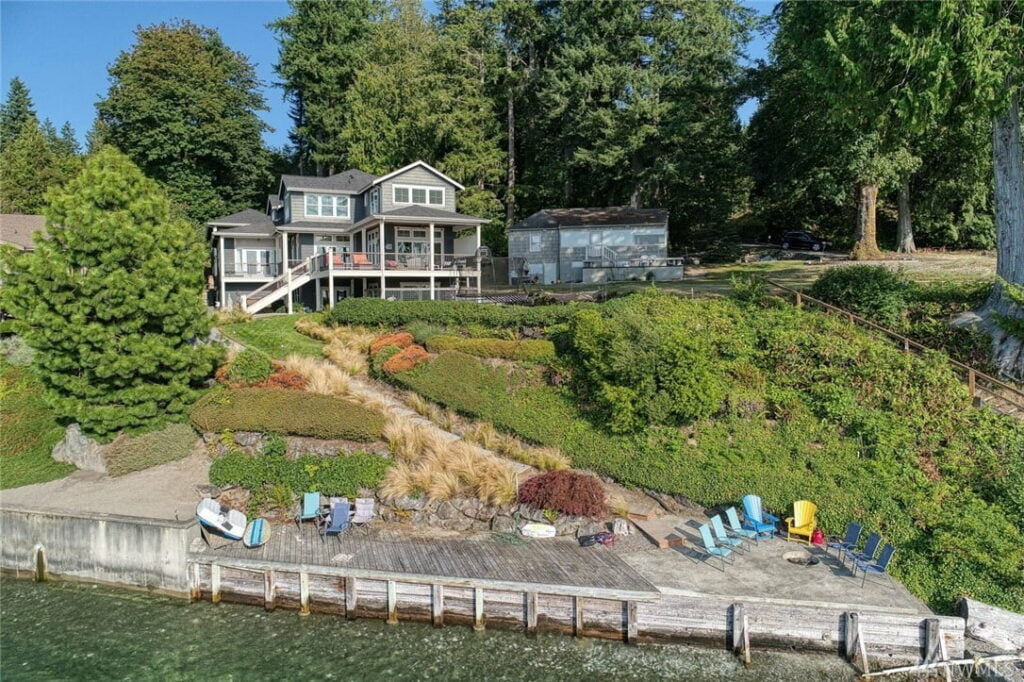 Gig Harbor is certainly more suburban/rural while Tacoma is mostly urban and dense with some suburban parts. Since Tacoma is so much larger and more populous than Gig Harbor there are many more varied neighborhoods and types of homes to choose from. That said, Gig Harbor has many more planned communities, suburban developments, and new construction homes than Tacoma does. Tacoma has more historic homes, well connected neighborhoods with sidewalks and historic business districts, and better public transportation. Gig Harbor has by far the greatest number of home sales over $1,000,000 in all of Pierce County.

How much does it cost to buy a house in the Gig Harbor Area vs in Tacoma?

What is the difference in commute like between Gig Harbor and Tacoma going north?

Gig Harbor is a little further out, so basically you just tack 20-30 minutes onto the Tacoma commute to Seattle or Bellevue depending on where you live. But Gig Harbor does have another option, which is taking the Southworth Ferry. It’s a passenger only ferry. The Southworth Ferry is north of Gig Harbor and takes you to Fauntleroy in West Seattle in about 30 minutes.

Additional Resources for researching a move to Gig Harbor & Tacoma

What are the areas beyond Gig Harbor?

Search for homes in Gig Harbor and Tacoma