The following is a story written by Jessica Dally about her experience of moving from Seattle to Tacoma.

Living and Buying in Seattle

I bought my home in 2002 ish with my now ex-husband. When we split I bought out his part of the house and took over payments, eventually transferring the mortgage to my name. I had a lot of pride in this… a single woman, owning a house in one of the more expensive cities in America… and certainly the most expensive city in my home state of Washington. The “Big” City. And here I was living in it, and owning a home in it. All by myself! 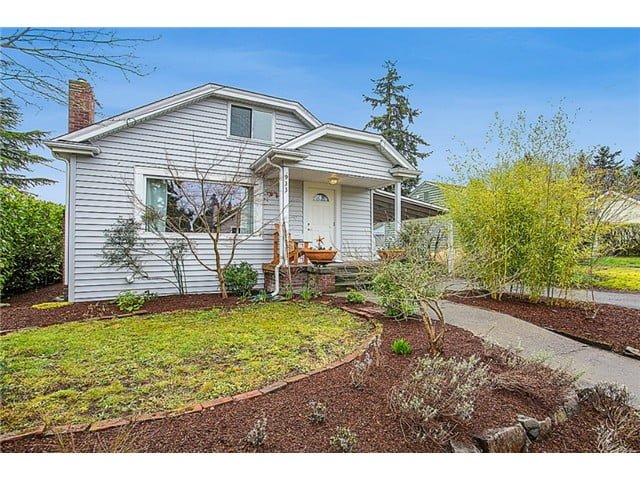 Eventually the glam of the big city started to wear off in so many ways. Owning a house in the city wasn’t very compatible with my life goals. I found myself working more and more (I regularly had 4 jobs at a time) trying to figure out how I would ever pay off my mortgage while fixing up the house. I’d bought a fixer and boy did it need fixing, mainly cosmetically. There was no way to do both.

Either fix the house or pay off the mortgage, but not both. Fortunately I had done a bunch of the fixing, but that meant I was nowhere near my goal of becoming debt free and it wasn’t looking like that would happen any time soon if at all. It was much more likely that I’d have to keep borrowing money on the house to fix up the house, causing me to get even further away from my goals.

Change in Jobs Opens Opportunity and Forces My Hand

More recently a change in jobs meant I was making a lot less than I had been before and a number of my contract jobs were no longer. I began to see that should anything big break in the house I might not be able to pay to fix it. At the same time the new job had me working half the time in Tacoma and half the time in Seattle.

As it turned out, coworker happened to work in the Seattle location but live a few blocks from the Tacoma store. For giggles I asked him how long it took him to get to work. Turns out the commute was the same!   It took me more than 30 minutes each day just to get past downtown, so my commute was about the same as his.

I poked about on different real estate sites and was completely blown away with how far money would go in Tacoma. Even if I sold my house and got little to nothing out of it I could have a mortgage that was significantly less than my Seattle mortgage.

But What Would I Be Missing?

There were so many concerns… what would I be giving up if I left Seattle!?

What of all the concerts and nightlife and amazing things that happen in Seattle? I literally sat down and made a mental list of everything I could think of, examining what I thought I’d miss and what my concerns would be.   Music, going out, the amazing variety of restaurants and things to do, you name it.
It was at that point that I realized I’d given up MANY of those things a long time ago.

Getting around Seattle is impossible. Going out to eat in Capitol Hill for dinner from my home in Greenwood is NOT going to happen… it would take far too long, not to mention the hour long wait for a table once you get there (no, sorry we don’t take reservations).

Even my favorite easier to get to neighborhoods had become impossible. Ballard had been my favorite place but parking on a weekend now is ridiculous and the places that were holes in the wall are popular hangouts, if they exist at all.

It became rather obvious that if I wanted to have the life I really wanted to live I couldn’t do it in Seattle.

So I made the leap and sold my home… 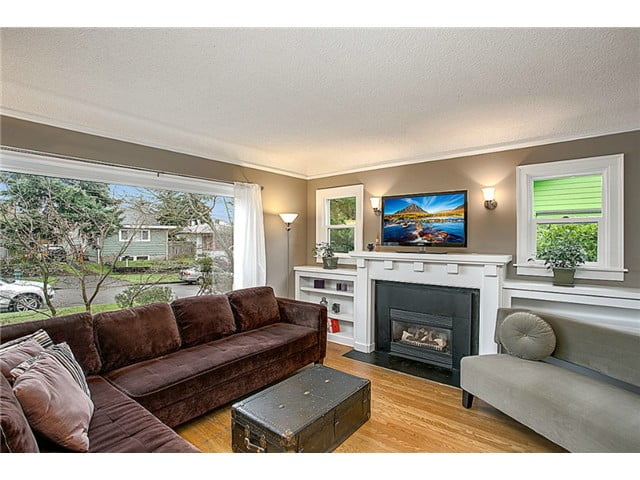 It took a long time to fix up the little things… repaint all the rooms, that kind of thing. That molding on the door that you just never get around to fixing because really, you just don’t care that much, yeah, now you have to. Turns out the delay was a God send. I put my house on the market at just the right time. Actually it might have gone for a bit more had I sold right now, but that’s the real estate market isn’t it!? 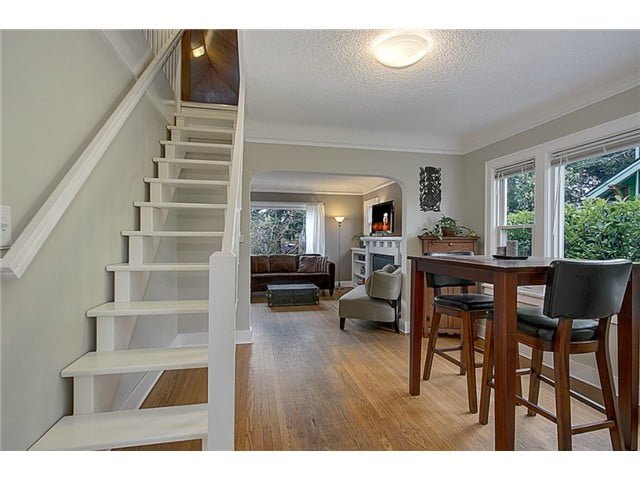 As far as selling my house went, I was hoping to get what I owed and a bit more to pay off some debt and have a decent amount for a down payment. We put my house on the market on a Friday and we would close off all offers on Wednesday of the next week. I would drive up on that day (Wednesday) to hear offers from realtors, should they want to present in person, and go over any other offers.

As I drove North I thought “I really hope I get 400k” and then “It would be really awesome if I got 415” as that would pay off a lot more debt. Then that little voice in my head said “wouldn’t it be AMAZING if I got $425!!!” I stopped myself right there and insisted that I didn’t even think about that. There was no way I’d get that much. The asking price was only 386. With how hot the Seattle market was it was obvious we’d get more than the asking but I really didn’t want to get all dreamy on something that was way, way over asking.

When I got to the real estate office there were 6 agents who were going to present to me in person and a total of 10 offers. My agents told me there were 100 people through my house on the open house on Saturday, the day after my house was put on the market.

I heard all the offers, all but one with escalations, and wound up taking the highest offer at just under $450k… WAY more than that top price that I didn’t even allow myself to imagine. 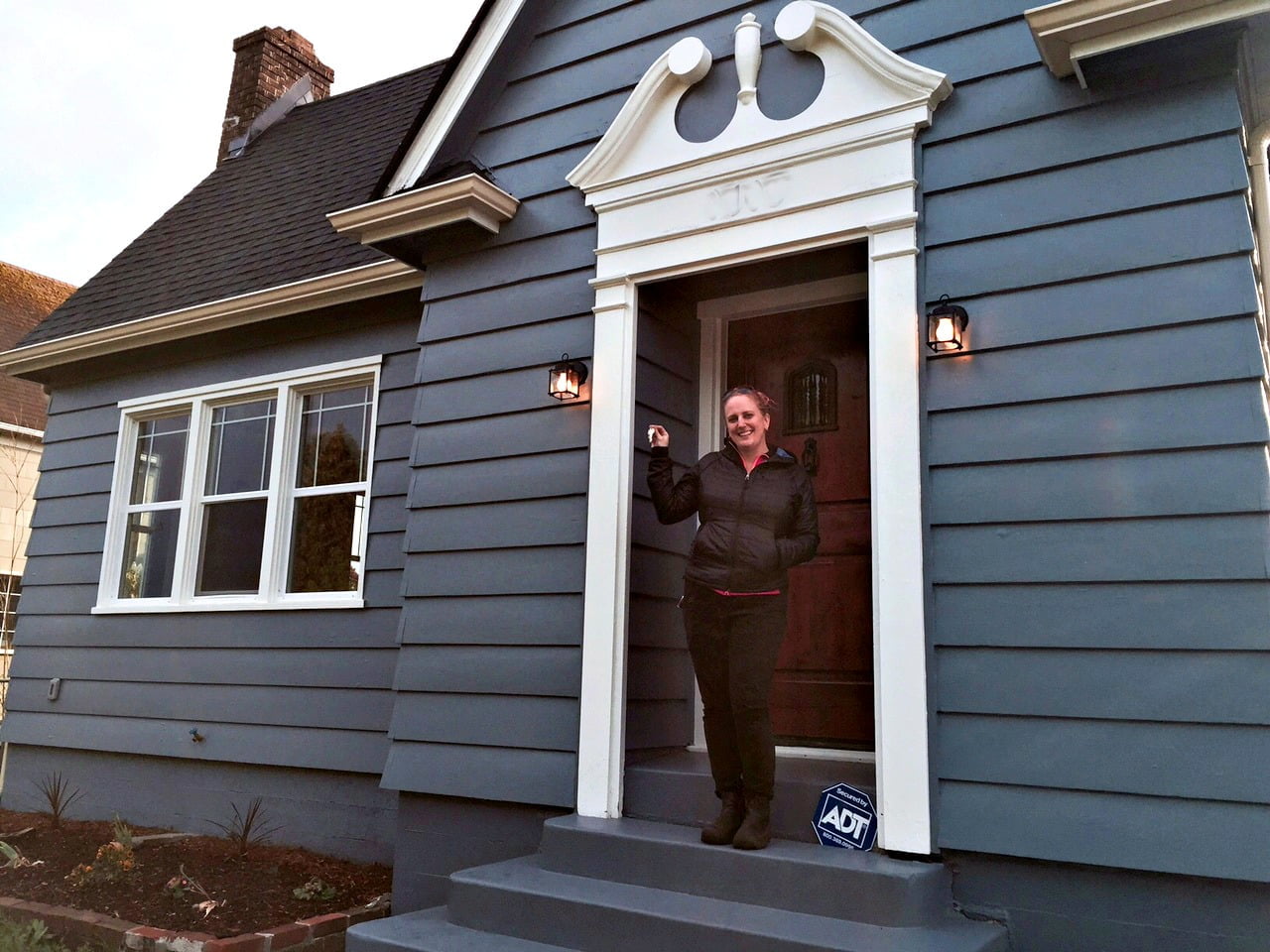 I can’t emphasize this enough. That amount was life changing. Truly. I was able to pay off ALL of my debt. My student loans, my car, my motorcycle, my credit cards (that I’d racked up fixing my house to sell), and still have a HUGE amount of money to put down on a home in Tacoma.

And that’s what I did. Indeed I had enough to win my own bidding war on the home I wanted. With over 100k down I was the easy choice for a winning offer. 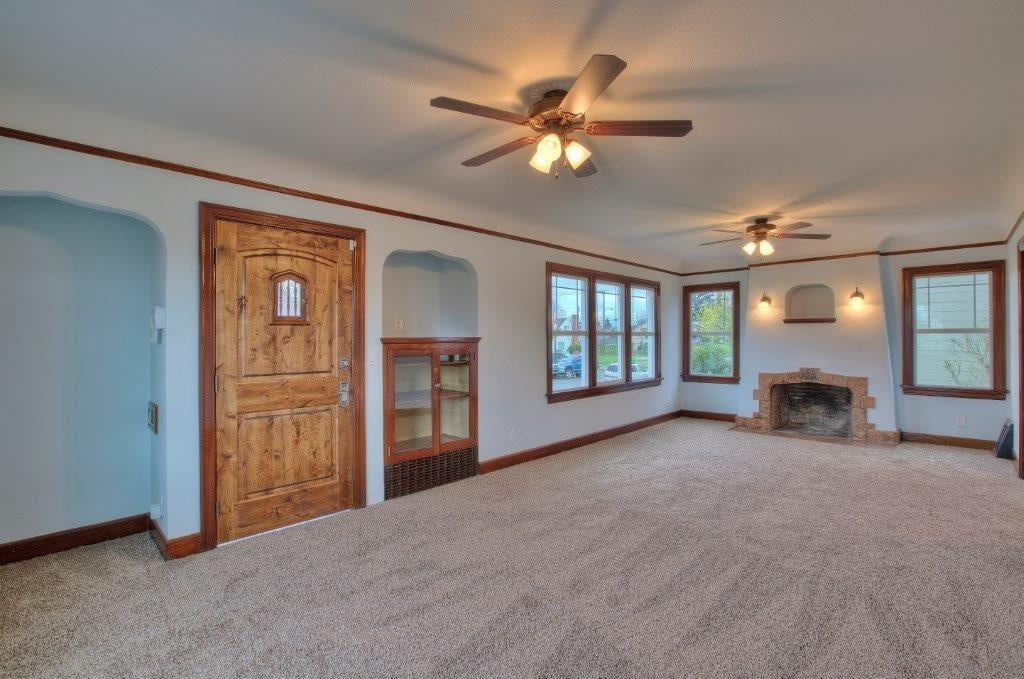 Now I have a mortgage of 1k a month on a 4 bedroom, 2 bath house, with a garage that has been completely remodeled instead of a higher mortgage on a 2 bedroom, 1 bath house with no garage that had wiring, a kitchen and numerous other parts from the 1920’s (my house in Seattle). I have a dishwasher for the first time in… 15 years?! 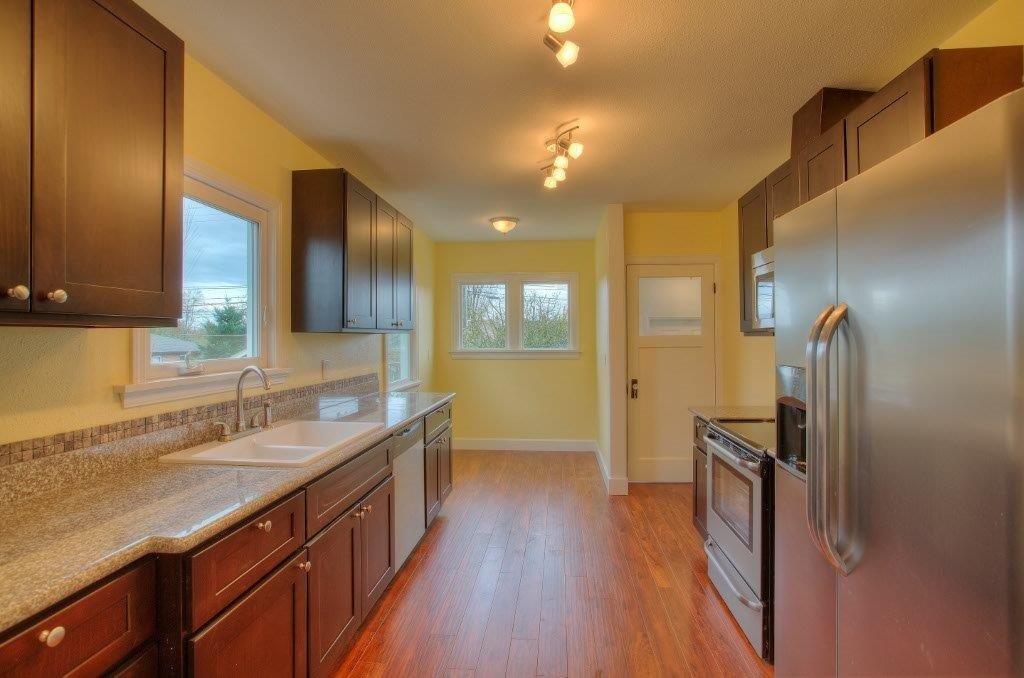 While it’s possible that I might have to commute again to Seattle (my job now is in Fife only) I’m not terribly worried about it.

I know people who live in Seattle and have an hour long commute to other parts of Seattle. MOST people I know in Seattle are stuck in hour long, in-city commutes.

My cousin rented a room from me in Seattle for a while for $300 a month, all-inclusive but she gave it up and got her own apartment. Why? Because the hour long commute each way from Greenwood to Capitol Hill was just too much for her to take.

I purposely chose my part of Tacoma because it’s relatively close to the train so I should be able to commute that way if I need to work again in the Seattle area. I’ll have the same commute I likely would have but one that is much more relaxing.

Do I Miss Seattle?

As for the things I miss in Seattle? I have the money to make them even better. If I want to go to a show I can get a hotel room and make it a night if I want to. More importantly I can afford tickets.

In the end Seattle was simply pricing me out of being able to enjoy Seattle. And the traffic in Seattle meant that I wasn’t able to enjoy it anyway. Now Seattle is an occasional thing and honestly, when I go there I’m reminded that I really don’t miss it. 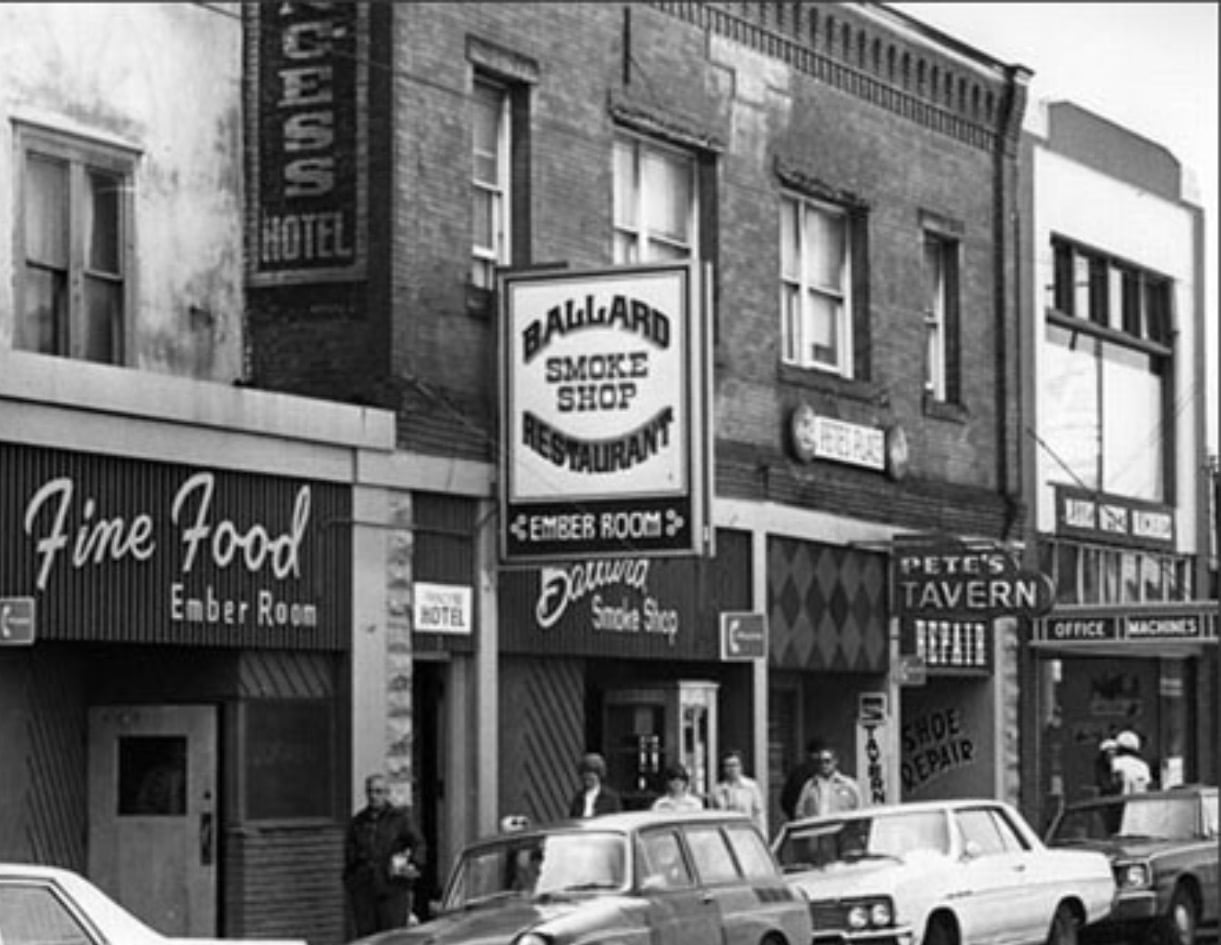 But the last thing… a huge part of what made Seattle unique is no longer there. Much of Seattle has been replaced with condos, restaurants and stores that sell the same overpriced merchandise that’s made to look like it’s locally made but really just comes from China. The cool, weird stuff is largely gone or left only in tiny pockets here and there.

For a Washington Native staying in Seattle was a bit like watching a friend become famous. There are bits of the person you know still there, but those pieces just remind you of how much you miss the person you used to know. 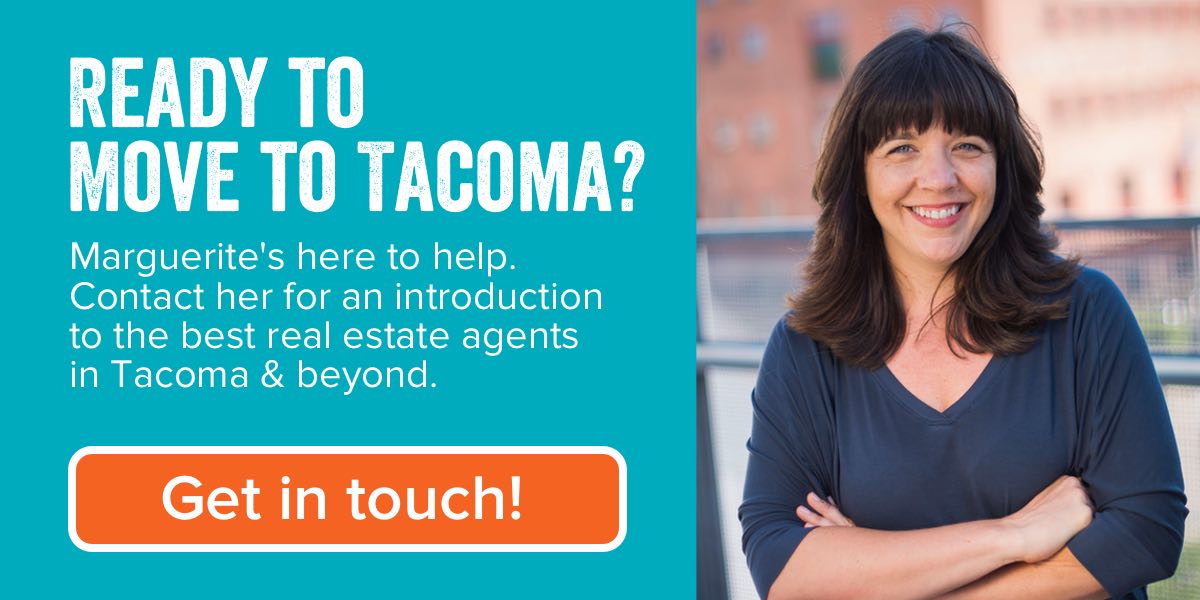 commute from tacoma to seattle, good neighborhoods in tacoma, moving to tacoma from seattle