Let’s face it, when you’re new to a city getting your finger on the pulse of what’s happening can be tricky. There’s local jargon, inside jokes, community conversation! How do you find it? Tacoma Twitter is a great way to do that, whether you’re still dreaming of moving to Tacoma and trying to get a feel for the city’s strengths and challenges or a longtime resident wanting a better idea of what’s up- Tacoma Twitter is an amazing resource. While creating a complete list of people to follow is impossible (@movetotacoma follows HUNDREDS of people on Twitter!) You have to get started somewhere- here are some recs!

There are tons of politicians accounts on Twitter, but many of them don’t do much tweeting when they’re not trying to get re-elected (No shade- wait actually, yes. Some shade is deserved here). These are some accounts for local folks who are active in the community conversations happening on Twitter. We tend to lean SUPER progressive here at MovetoTacoma, but we threw in a couple conservative folks we follow to round things out! This should get you started:

Laurie Jinkins – Speaker of the House of Representatives

I’m new to the job but already have some ideas on how I want to approach it. https://t.co/vVRdaflllr

In 2005, after the federal government adopted savage cuts to an already weak behavioral health system, the state Legislature passed a bipartisan bill authorizing counties to adopt a 1/10th of 1% sales tax for behavioral health services. https://t.co/dhz76m6Mok

The Pierce County Council voted to intervene in Seattle’s lawsuit to invalidate I-976, $30 car tabs. (I was the only State Senator from PC to vote in favor of the public’s position on Sound Transit.) Eyman can sure pack a room! May the voters prevail!! pic.twitter.com/1yFgraF92P

Cleaner air will save lives, limit illnesses, save money for consumers and create jobs. Way to go #Tacoma https://t.co/lkdiD26Crs

It’s my birthday! ? I am so blessed to see another year. I am grateful for family + friends. I am focused on what’s best for me, my family, + my community. Cheers to the last birthday of this decade. ✨ Let’s Party, y’all!! #1214 ?: Tiffany Burke Photography pic.twitter.com/7xh5Js9tud

Save yourself unnecessary stress and vote early. You can mark and return your ballot as soon as you receive it in the mail. Don’t delay! Ensure you meet the deadline (March 10, 2020 at 8 p.m.).

The @CityofTacoma is looking to adjust the Multi-Family Tax Exemption to include 20% affordable housing for the 8-year exemption. This may appease the tax exemption critics but the fact is most of these projects aren’t being built and supply & demand is always going to win.

We’ll be using Minneapolis, Portland as models for changes to zoning to support social equity and reduce displacement.
cc: @UrbanistOrg

Silong Chhun – Came to Tacoma as a refugee from Cambodia, now a leading local voice

Tacoma Baking Co. Grand opening today on Hilltop and the lines out the door which is great but where are the non-white folks hmmmm…?

this will be my 482nd TACOMIC TUESDAY POLITICAL CARTOON FUNNIE! LAST OF 2019? — STAY TUNED FOR UPLOAD! 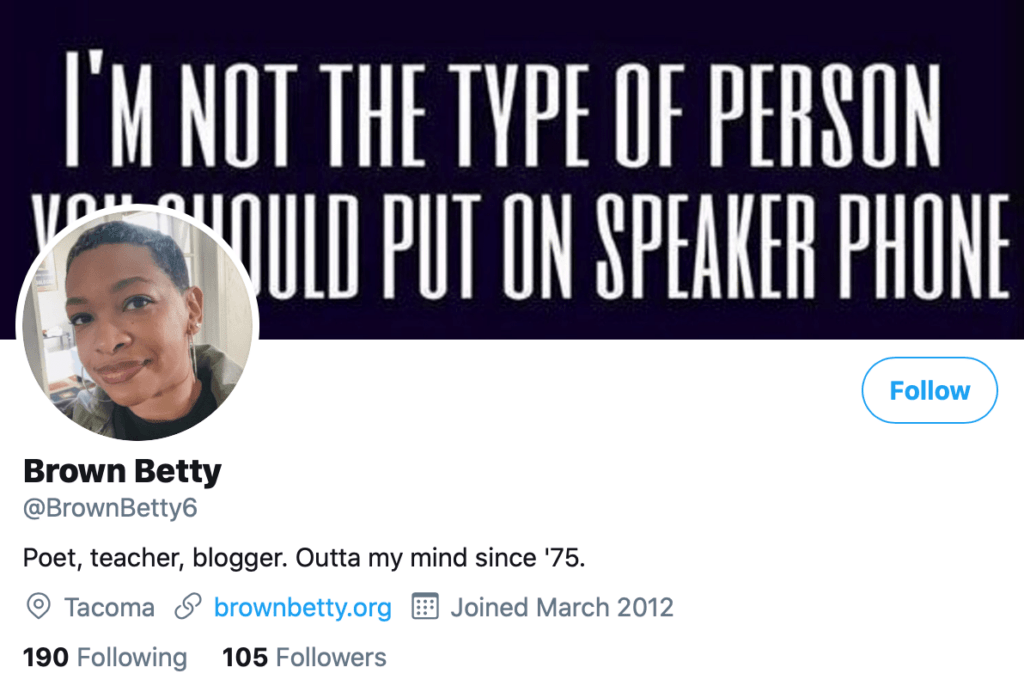 “Conducting research to attempt to identify barriers to equal opportunity in home ownership in Washington state. “

Encouraged by this: Hm. ownership rates. Black Af. Am. 41%, Hispanic Am. 50%. White Cauc. 72%. More density in S.F. only zoning helps with affordability. https://t.co/E6GkiivYPq

I am back to doing about a book a year, like in high school and college. I fill it in on lunch breaks, weekends, early mornings, late nights, and on vacation. Even when I could carve out the time for more writing, I have never been able to go much faster.

Crossing Division, Tacoma’s Talk Show! It’s 2020 in Tacoma, and we have some BIG issues to talk about! Join us.https://t.co/pTBHoxUy6j pic.twitter.com/2p2eWgmEtL

In 2016, I was one of four finalists for National Teacher of the Year. What has happened to each of us since then tells us a lot about what’s happening in our profession.

Y’all I was published in the @ASCD magazine EdAdvantage! I wrote about one of my many passions—culturally responsive teaching. I welcome your thoughts and if this resonates with you, please share it with others.
https://t.co/jhKLPR9JHS

Melissa Mallot – ED of Citizens for a Healthy Bay

Tacoma City Council just voted unanimously to support the the @pscleanair most robust proposal for a Clean Fuel Standard rule. This is a step forward for clean air for those communities most at risk from dirty air in Tacoma. Thank you! @RyanMelloTacoma @aibsenhomes

that time when you’re dressed as King Ludwig II and someone thanks you for your service.

The project will be one of the larger piling removal projects the state has tackled in years. https://t.co/WyGa3obsy8

Jail death investigations have no guarantee of independence, oversight or necessarily accountability. Our latest in-depth story on the situation in Northwest jails, from @AustinJenkinsN3. https://t.co/4Srx7xH3TE

We Art Tacoma talks with @TacomaArtsLive Executive Director David Fisher reviews the year in Tacoma arts, and chats about First Night on the new episode. Listen online wherever you subscribe to your podcasts. https://t.co/uEbLUxCIwd

To write this story I spent some time imagining what it might have been like to see this monster flying over Tacoma. https://t.co/hOo13hYA6f

If you’ve ever walked past someone on the street who appears chronically homeless and wondered, “How does someone come back from that?”

Jayson Chambers is the answer

When @KariPlog asked me to pick a 2019 story to highlight, I picked his

Citizen Tacoma – A podcast about government and politics in Tacoma

Critics of the D establishment make lots of interesting and valid points, but they seem incapable of recognizing that moderate/centrist voters are a large group of real people, too — as real as the DT supporters in diners, as real as the Bernie backers at rallies.

HEY! You guys. BBQ Pete’s is returning to Pierce County with a brick-and-mortar. You don’t have to wait until the @WAStateFair to eat those ribs. Here’s when and where they’re opening – https://t.co/nzfW8OAKLN pic.twitter.com/0bdljhNMxh

Thank you The Seattle Medium + photographer Abu Hassan. We are on a mission to ensure our community is counted in the #2020census. #makeblackcount #census2020 @Abu_Hassan7 @SeattleMedium pic.twitter.com/AbkC29RGIn

“Last year, NWIRP provided direct legal services to a whopping 11,058 people in Washington while getting at least some basic legal knowledge into the hands of another 7,682.”https://t.co/R0675aopJ1

Our first event of 2020 is the January Friday Forum! Join us for a conversation around how Tacoma is adapting to adapt to the needs of our aging population. #DOTGForum https://t.co/F4FPc9QpV7 pic.twitter.com/zyDOwuSpYf

Some pics from our press shop in residence at @HistoryMuseum. We’ve named the press: Line Break Press! Poetry broadsides and publication opps for #Tacoma teens coming soon! If you are a teen who wants to get involved, backchannel us. pic.twitter.com/cBXhQz9Lhm

MDC is excited to be part of the effort to close the racial and economic disparities for future generations in Tacoma as a subgrantee of the Graduate Tacoma Community Learning Fund. https://t.co/IZXwkEhQK8

Are you ready to become a U.S. Citizen? We can help! Come to one of our upcoming information sessions to get started https://t.co/L3691lJ3uR

Most experts say the solution lies in providing more housing at affordable rates, as well as providing support to families who may be affected by trauma or addiction.https://t.co/2Y2ixBCDLw

Port of Tacoma proposed deepening the Blair Waterway for the world’s largest ships to more easily access the Port, which could harm salmon and orcas, and the people who depend on them. We need a full environmental review to truly understand these risks. https://t.co/sm22dQez4D

Ok, Ok, Ok, so truthfully we had planned to list a bunch more Tacoma Twitter folks on this list but we’ve been typing for over an hour and the fingers, THEY ARE TIRED. Our list of folks on Tacoma Twitter is by no means even close to complete- but it’s a great start. Great folks follow other great folks, so dive in and join the conversation! And don’t forget to follow MoveToTacoma! 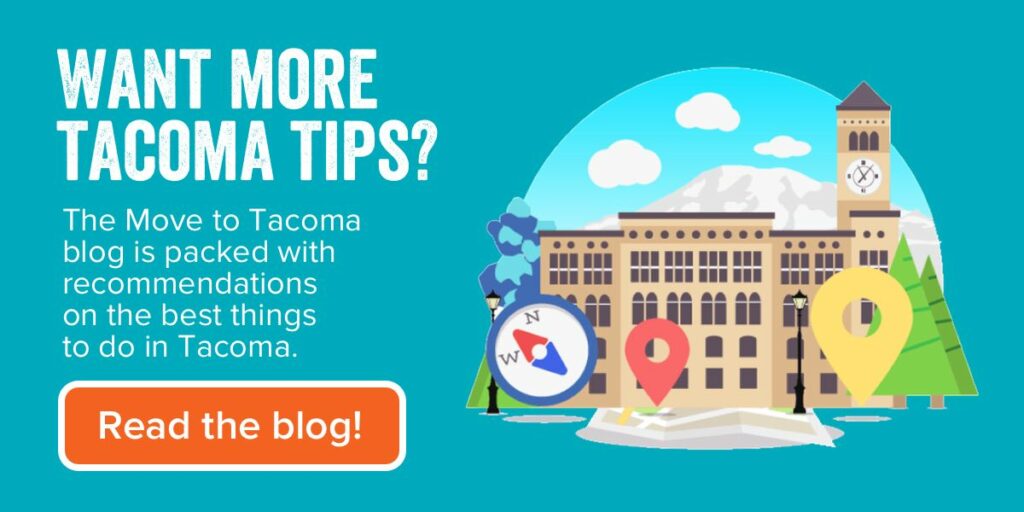