Timely Advice from Tacoma’s Leaders: How to Engage with the Tacoma Community

in
Posts, Tacoma News and Blogs

After the 2016 Presidential Election we here at MoveToTacoma.com saw many people in our community are asking, “How can I get involved in politics, activism, community service?” We all want a more inclusive, diverse, and equitable city—but how do we help? We all have different talents and goals. Some people want to be activists, some people want to run for office, some people want to help people who are struggling. WHAT CAN WE DO?

We reached out to local leaders to get their advice: 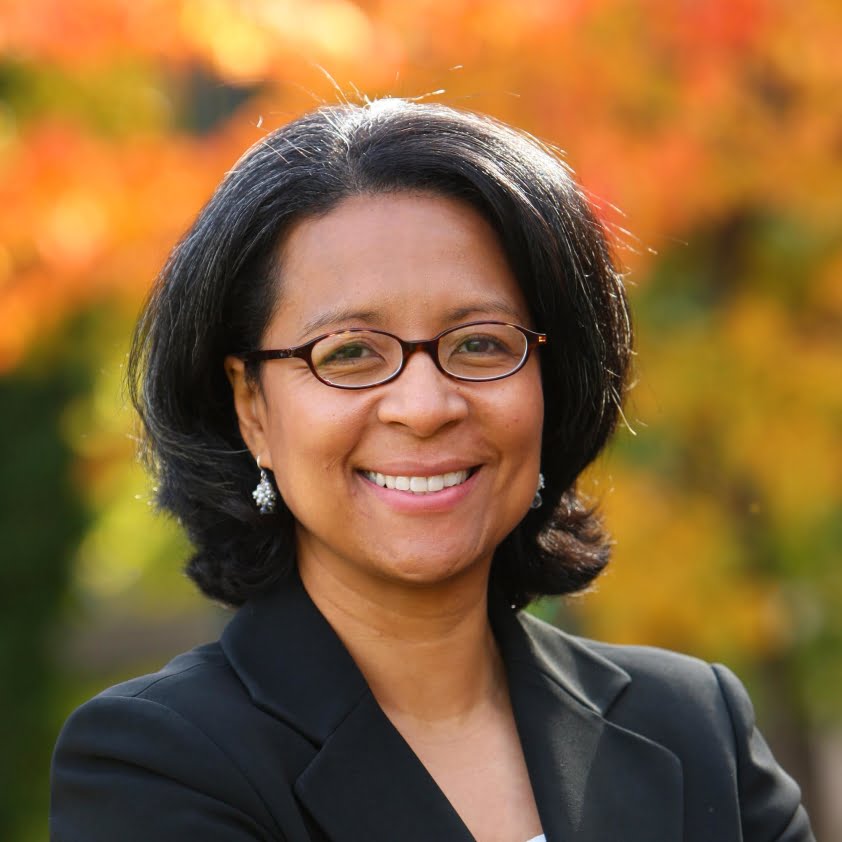 I’m not here to debate how or why the KKK endorsed candidate just became President-Elect of the United States of America, the nation whose promise of a more perfect union touts freedom, equality, liberty and justice for all.

In my nine years of public office, one thing is true. People are more far more likely to show up and stay engaged when they are opposed to something. It’s human nature. So what’s my advice about civic engagement? 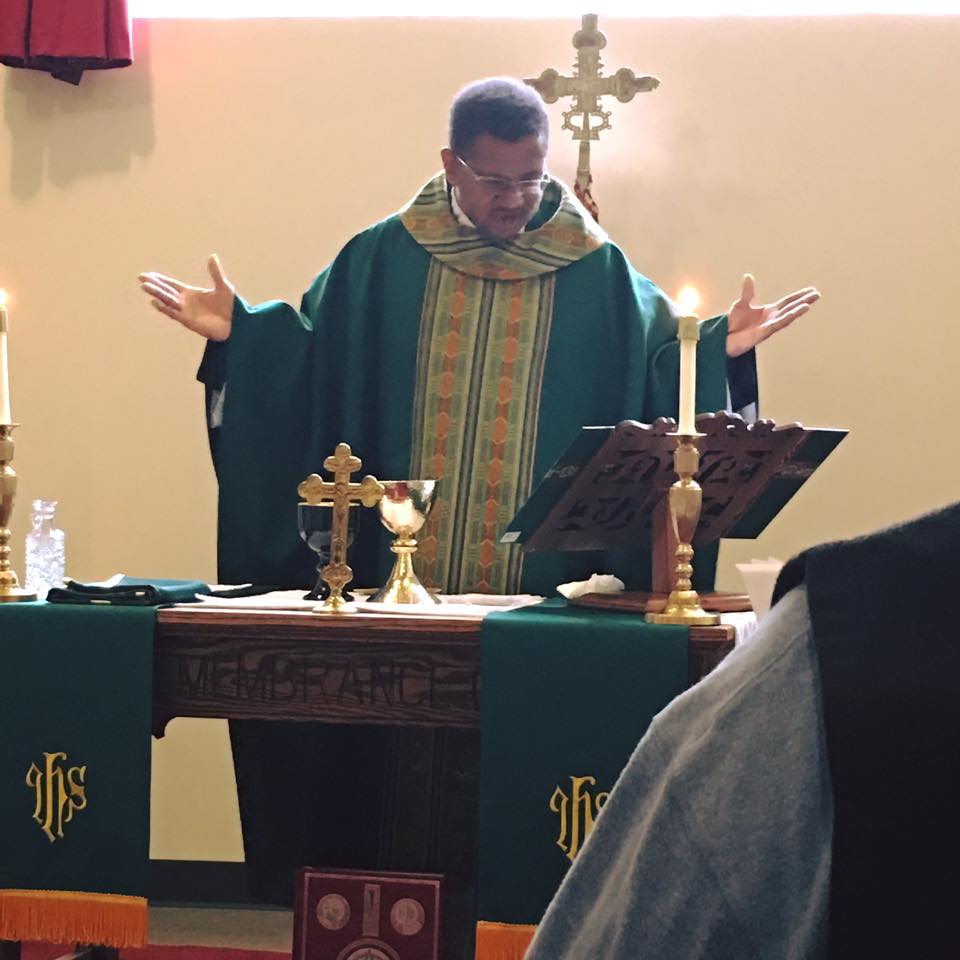 Keep speaking in your circle of influence, even if it gets uncomfortable. Act when you see something. Stay engaged on the impact locally. 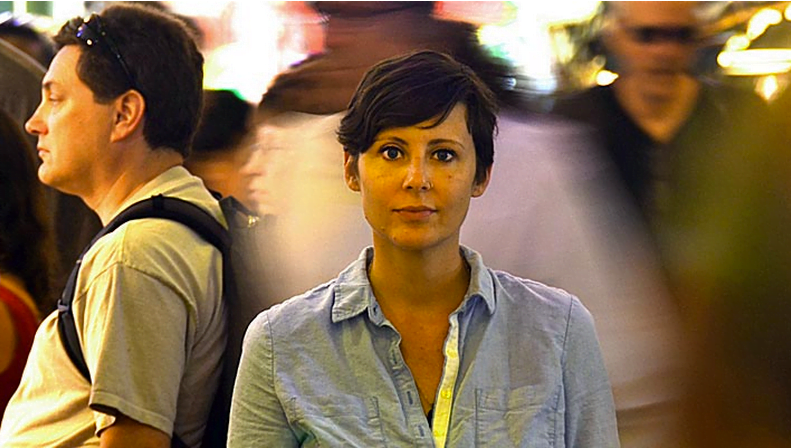 The first bit of advice I’d give to folks wanting to be deeply engaged as we step into this new reality is to be sure to take some time to feel and listen. The glorification of action is a hallmark of the imperialist white-supremacist capitalist patriarchy that brought us to this moment in history. Those of us who are alive to see it are being tasked to sit with the pain of what we’ve collectively created and to imagine and co-create a new way forward, which requires time and space. This is not to say that we don’t act; we do. But we do not react; we respond.

This new way forward will require a commitment to deeply listening with a willingness to be changed by what we hear. The way forward will emerge if we are quiet enough to hear it and willing to feel it. Anger, hopelessness, frustration, fear – these are all things that need to be felt, but they cannot be our engine. All of our actions and activism moving forward need to be rooted deeply in love and justice and an intense love of justice itself.  The second bit of advice I give is to uncover the one thing that breaks your heart and then follow that heartache wherever it leads you.  Our hearts only break completely when we love completely, so following our heartache ensures that love is our engine. We don’t need to tackle every problem, only the ones for which we are equipped with love. The last bit of advice I give is to hold yourself accountable to the folks who are most affected by your activism, to mentors and elders, and to your community at large. 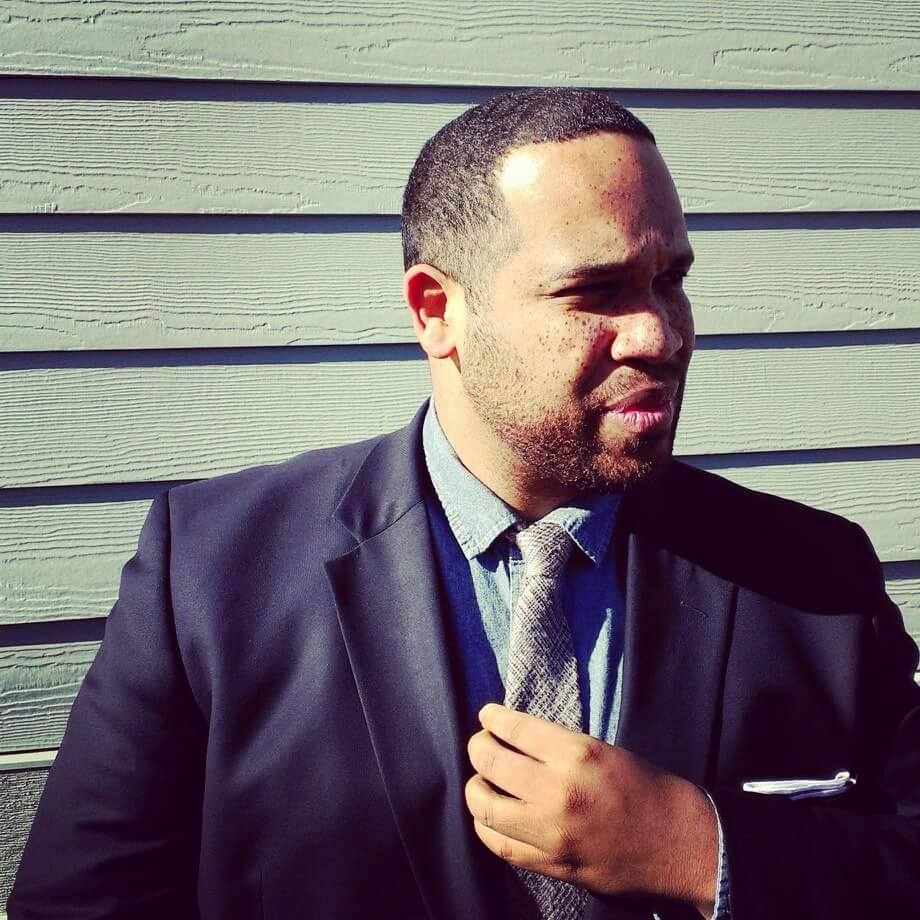 First, take a breath and take stock of your life thus far. Last week’s election may have shaken many to their core, but its not the end of the world. I would hope it makes life even more real for many of us. Because of the outcome we now see an opportunity to become involved and not just spectate. But understand your need to get involved should not be to only make you feel good, but it should be to affect real change for yourself and those around you. Also, it is important that you recognize your privilege each and every day, “check” yourself and be open to those who are considered minority (race and sexual orientation) who tell you they do not have an interest in taking on your problems or listening to your guilt trip as it correlates with you wanting to be involved.

That being said, there are many avenues to become involved. Here are a few ideas: 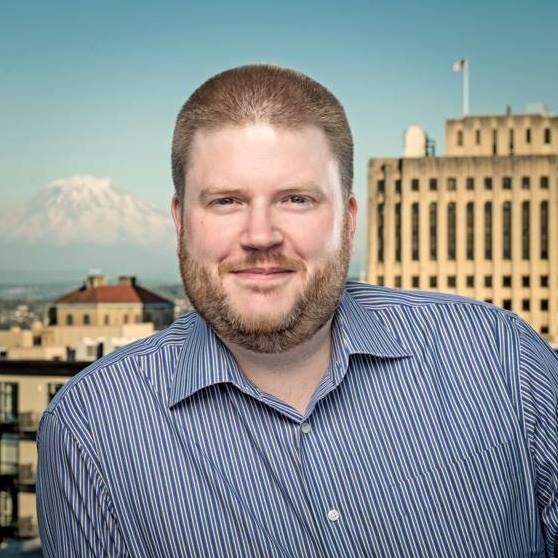 Some people like to work through meetings: slow painstaking work. Some people are best wth a pen: they write letters that can change minds. Others want to *do* something, and the best make change one-on-one or in small groups, directly serving populations in need. Try them all and see where you find your best fit and then focus there. Most important of all: make a habit of being helpful. Even small gestures throughout the day add up over time. Use your talents and time to help causes you care about. 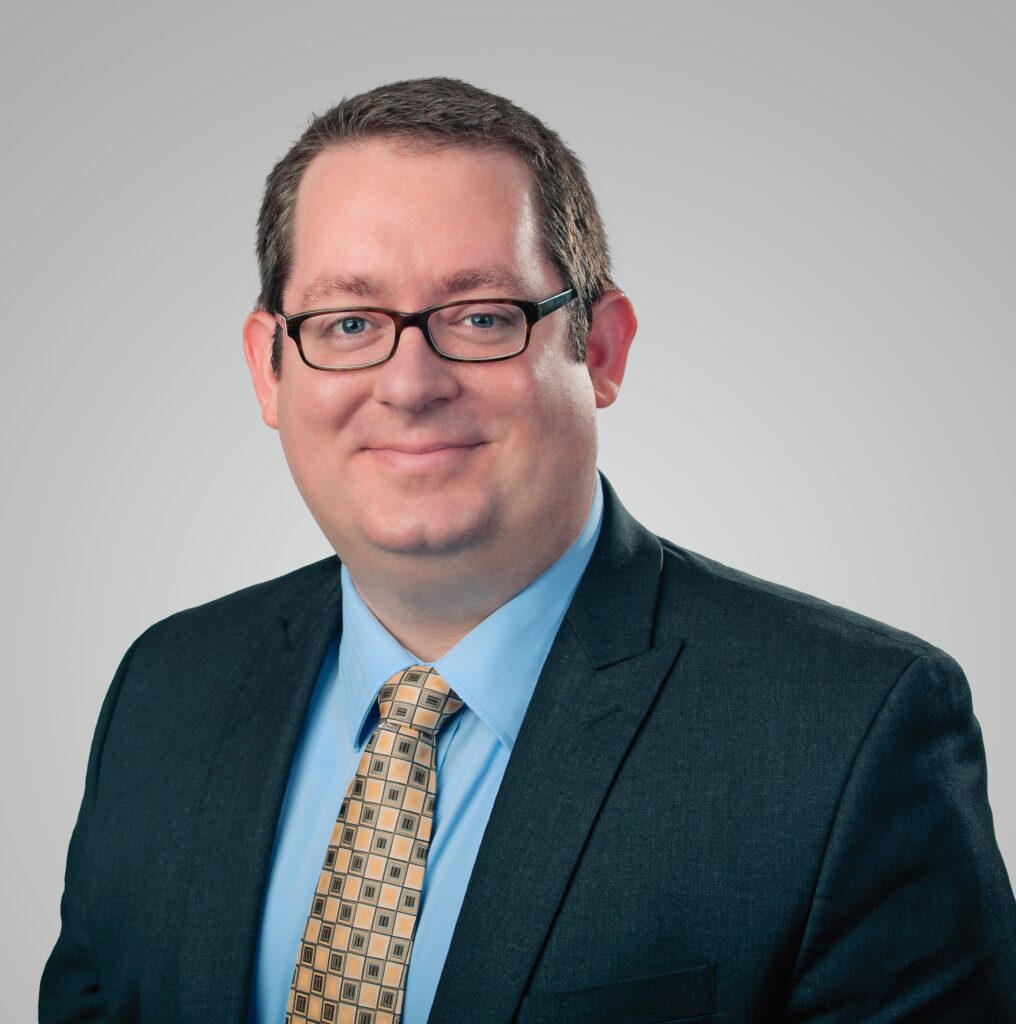 It may seem obvious, but the most important thing is to stay informed. Subscribe to the local newspaper and read it. Mix that with some national media. You can’t be truly engaged if you don’t take this first step. As an added bonus, the money you spend for the subscription with help keep journalists in business which is absolutely vital in a democracy. Since I was first elected in 1997 I’ve watched the number of working reporters dwindle to a small fraction of what they once were. That means there’s a lot that goes unnoticed.

The next thing is simple… talk to your representatives. Tell them if you support, oppose, or have helpful suggestions to improve their ideas. I promise, they’ll appreciate it. I get most of my best ideas from constituents. If you really want to get noticed, pick up the phone. It’s easier to have a back and forth and there’s less chance of miscommunication. Often the issues we deal with are complicated and there’s some nuance or legal reason for the path we’re taking and that’s far easier to answer directly. The vast majority of electeds appreciate this and if they don’t, remember that come election time. They’re not worthy of your vote. 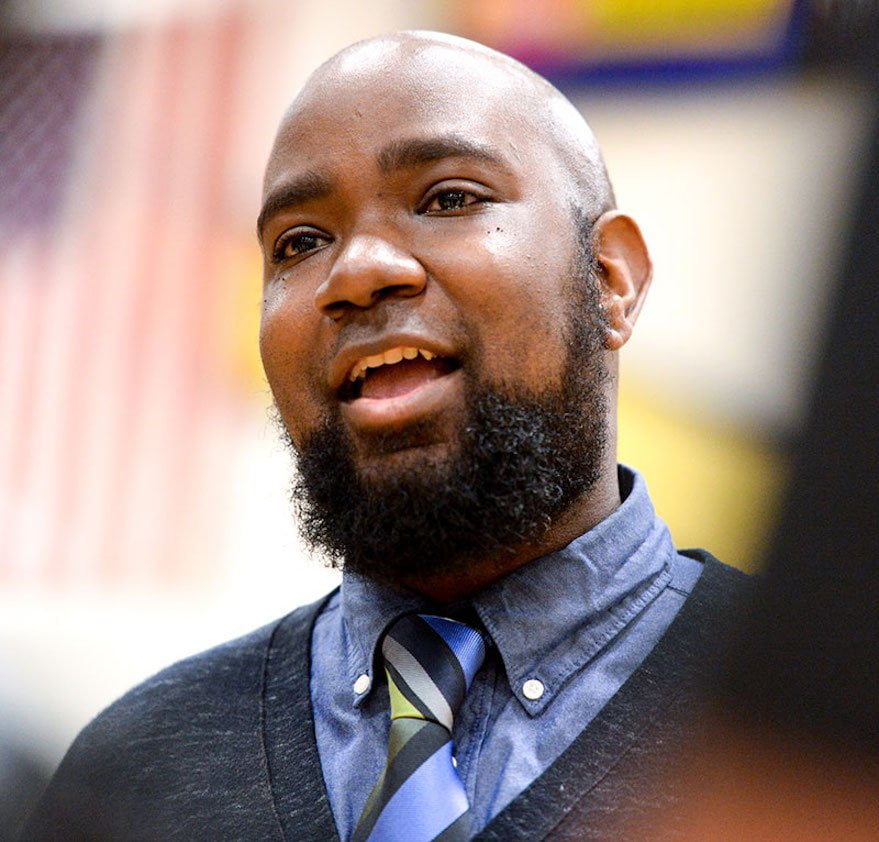 It’s important in moments like this that we reach out to traditionally marginalized populations and affirm their humanity. They must know they are safe and loved. As a teacher I am forced to confront the reality that the president-elect wants to deport many of my students’ families and create a national registry of others–based on their religion. He also wants to nationalize the discriminatory practice of stop & frisk, which disproportionally will impact black and brown young men. Most alarmingly he has communicated to the public that sexual assault of young women is “just what guys do”.

We must reject the normalization of this behavior and support those who will become the inevitable victims of Trump and his horde. If you see an act of violence, abuse or harassment online or in person, as a person of conscious in these times you’re obligated to intervene. 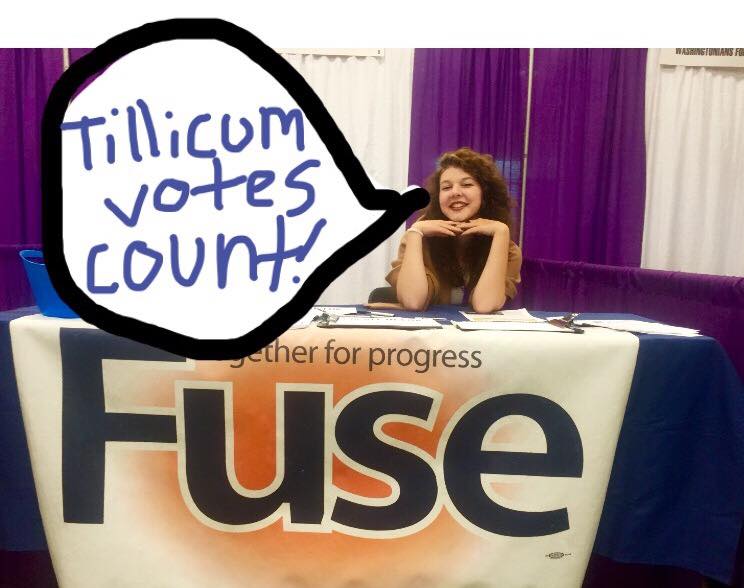 One of my biggest fears for the coming months is who will take advantage of our vulnerability. I see it all the time with the families who have been impacted by police violence. In times of crisis, people suddenly appear who seem to have all the answers. People who never joined groups who were trying to prevent the crisis from happening in the first place, and institutions responsible for the crisis, are suddenly the authority on what to do about it. They teach you how to do things that make you feel like you’re closer and closer to the big win. The feeling is legitimate.

You feel closer and closer to it because your legs are tired and your throat hurts from chanting and your pocketbook is empty from all of the guilt-inducing GoFundMe’s you donated to, and I guess that can look like evidence of progress… but then you see your footprints and you realize you’ve been walking in a giant circle. You realize ICE agents don’t care about your cardboard signs, your slam poetry night doesn’t affect the passing of laws and that all along you’ve been tiring yourself out, tricked into participating in Ally theater instead of exercising power in ways that give you a tangible win.

What I mean to say—my advice—is to not focus on things that make you feel like you are winning. Focus on actually winning. Remember that this is game about power. When considering who to trust, remember who was here before because they plan to be here after. For me, that looks like building up the democratic party since they are the strongest and most effective opposition that exists to the Trump administration…

PS. Impeaching Trump does not make Mike Pence go away. No false solutions!